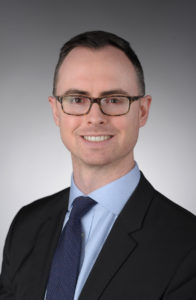 ISPL Associate Director Thomas Odell is a former litigator at Covington & Burling LLP, where his practice focused on international arbitration, arbitral award enforcement, and corporate disputes. He also has worked as a Research Assistant at the US Court of Appeals for the Armed Forces.

In his role as Associate Director, Odell contributes to development and building outside partnerships. He also oversees programming—including a speaker series and research grants—as well as online course development, program assessment, and multiple research projects.

His scholarship involves translation and comparative analysis of Egyptian, French, and US law, focusing on states of emergency, the rule of law, and the national security exception. As part of a Fulbright fellowship in Damascus from 2010-2011, Odell conducted independent research on Syrian legislative efforts to promote economic liberalization.