National Security for Israel in an Unstable Middle East: Prospects for a Two-State Reality, with Gilead Sher 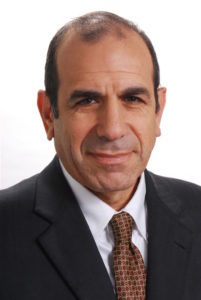 Gilead Sher heads the Center for Applied Negotiations (CAN) and is a senior research fellow at the Institute for National Security Studies (INSS) at Tel Aviv University.

Sher was the Head of Bureau and Policy Coordinator of Israel’s former Prime Minister and Minister of Defense Ehud Barak. He served as Chief and co-Chief negotiator in 1999-2001 at the Camp David summit and the Taba talks, as well as in extensive rounds of covert negotiations. He served under Prime Minister Yitzhak Rabin as delegate to the 1994-1995 Interim Agreement negotiations with the Palestinians. Sher holds the rank of colonel (reserve), and he is a former brigade commander and deputy division commander in the Armored Corps of the IDF, as well as a military judge.

Sher is an attorney and senior partner in Gilead Sher & Co., Law Offices. His practice areas include corporate law; project finance; international business ventures, investments and transactions; constitutional law; and dispute resolution. Sher’s professional career combines the practice of law, policy planning and implementation, academic research, and involvement in civil society organizations. He is involved in various frameworks that deal with the future of Israel and the Middle East, preparations for regional conflict resolutions, and dialogue with official and non-official interlocutors in Israel and abroad.

As author, opinion leader and researcher Sher publishes books, articles, op-eds, studies and research in national and international media. His book The Israeli-Palestinian Peace Negotiations, 1999-2001: Within Reach was published in Hebrew (Yedioth Aharonot), Arabic (Darjalil), and English (Routledge, 2006). He recently co-edited Negotiating in Times of Conflict, an edited volume published by the Institute for National Security Studies (INSS) comprising 15 chapters by 20 international contributors. His book The Battle for Home was published by Yedioth Aharonot in April 2016. His upcoming book as co-editor is Spoilers and Coping with Spoilers in Israeli Peacemaking forthcoming in 2017.

Sher was a visiting professor on Conflict Resolution and Negotiations at the Wharton School of the University of Pennsylvania (2001-2011) and taught at the Tel Aviv University’s Conflict Resolution and Mediation MA Program (2007-2013). He is the founding co-chairman of the non-partisan movement Blue White Future, which seeks to help resolve the Israeli-Palestinian conflict and promote a two-state reality.

Sher serves as chairman of the executive board and the board of trustees of Sapir Academic College, the largest public college in Israel. He is a former board member at The Association for Civil Rights in Israel, a former president of Israel Shotokan Karate Association (Fifth Dan), a former chairman of the Sam Spiegel Film and Television School in Jerusalem and a member of the Council for Peace and Security.