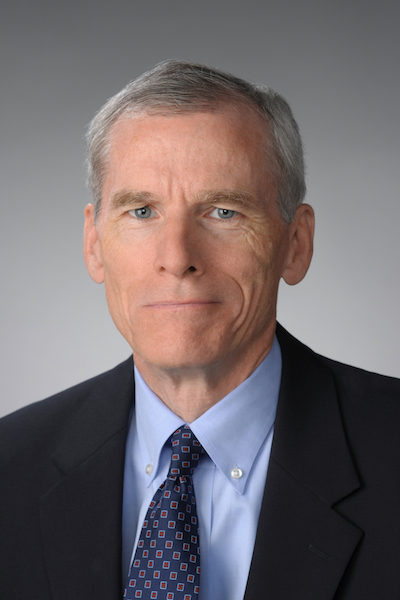 Since 2011, Vice Adm. Robert B. Murrett (Ret.) has been a faculty member in the Maxwell School Department of Public Administration and International Affairs and the Deputy Director of the Syracuse University Institute for Security Policy and Law.  He holds a courtesy faculty appointment with the Forensic and National Security Sciences Institute and is on the Advisory Board of the Institute for Veterans and Military Families, both at Syracuse University. In 2016, Murrett was the recipient of the Birkhead-Burkhead Teaching Excellence Award and Professorship at the Maxwell School. In addition, he is a staff member at the RAND Corporation and the Institute for Defense Analyses, and he chairs the MITRE Intelligence Advisory Board.

A specialist in defense analysis, military intelligence, national security, and international relations, Murrett teaches popular courses in the Maxwell School on the “US Intelligence Community: Governance and Practice” and “US Defense Strategy, Military Posture, and Combat Operations”; leads capstone projects for the Veterans Administration, Rand, and IDA; and organizes legendary “staff rides” for students to discuss military leadership and strategy at Fort Stanwix and Oriskany in Upstate New York and the Gettysburg, PA, National Military Park.

Following his commissioning, Murrett was assigned as an afloat intelligence officer, including Mediterranean, North Atlantic, and western Pacific deployments aboard the USS Kitty Hawk, USS America, and USS Independence. He was assigned to the Defense Intelligence College in 1980, then detailed to the Chief of Naval Operations Intelligence Plot as a watch stander and briefing officer for Navy civilian and military leaders. From 1983 to 1985, he served as Assistant Intelligence Officer for the Commander, Second Fleet.

Murrett received his bachelor’s degree in history from the University of Buffalo and masters degrees in government and strategic intelligence from Georgetown University and the Defense Intelligence College, respectively.