Through the Carol Becker Lecture Series, Syracuse University Institute for Security Policy and Law hosts renowned scholars and experts to discuss the pressing challenges and complexities of international security, and especially security in the Middle East. Link

Becker lecturers present to the University community and general public and meet with students to discuss contemporary security issues, as well as career paths in security.

Decline & Fall? A Conversation with George Packer About American Leadership in the 21st Century Link

George Packer’s journalism has appeared in The New Yorker and The Atlantic. He is best known for his books The Unwinding: An Inner History of the New America, winner of the 2013 National Book Award for Nonfiction, and The Assassins’ Gate: America in Iraq. His most recent book is Our Man: Richard Holbrooke and the End of the American Century.

The ICC & the Israel/Palestine Conflict: Where Do We Go From Here? Link

Jerusalem Post reporter Yonah Jeremy Bob lectured on the International Criminal Court (ICC) and the Israel/Palestine conflict. Bob, who has reported extensively on the ICC, focused on alleged war crimes committed during the Gaza Freedom Flotilla incident of 2010 and 2014’s Operation Protective Edge in Gaza. He explained how Israelis view the court and whether it is best to take an adversarial or cooperative position. 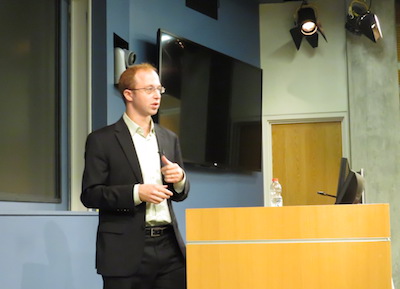 Professor Yuval Shany spoke about the counterterrorism law challenges that the Israeli Supreme Court have faced from the very inception of the State of Israel. In fact, one of the court’s first significant cases—a military detention case—took place while the 1948 Arab-Israeli War was ongoing. 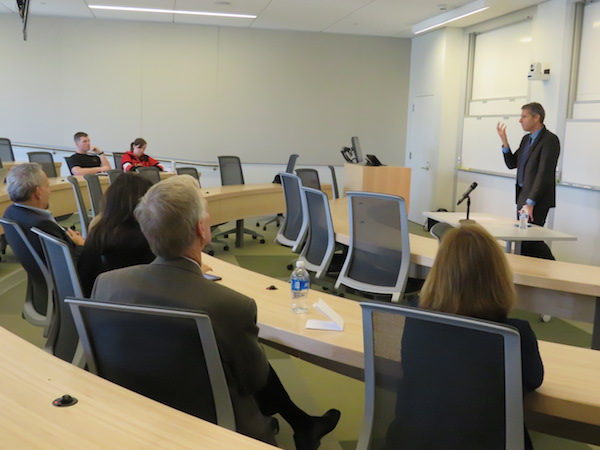 Maj. Gen. Eitan Dangot (Res.), who was a military secretary to three Israeli ministers of defense, spoke about the complexities of keeping a strategic and political balance within Israel (with the Palestinian Authority and Hamas in Gaza), with Israel’s immediate neighbors, and in the Middle East as a whole.

Speaking to the wider strategic picture. Dangot noted that as ISIS suffers defeats, so the question of how to work with Iran’s regional interests (in Lebanon, Yemen, and elsewhere) is coming to the forefront.

On the other hand, Dangot noted that in his experience, Israel’s current relationships with Egypt, Jordan, and the Palestinian Authority (and particularly with its leader Mahmoud Abbas,) are relatively stable and that Egypt in particular has been a useful ally in containing Hamas, which controls the Gaza Strip. 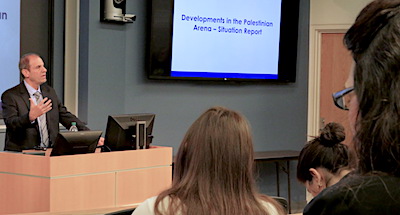 Running for Cover: Politics, Justice, and Media in the Syrian Conflict Link

The dialogue analyzed the international community’s response to the Syrian conflict and its effects, as well as the challenges to reporting the war, developing political solutions and seeking justice for victims. Participants will also explore how the international community captures news and images from the conflict, investigates alleged war crimes and human rights violations and protects refugees. They also will discuss lessons learned from this conflict that might inform the response to future conflicts. 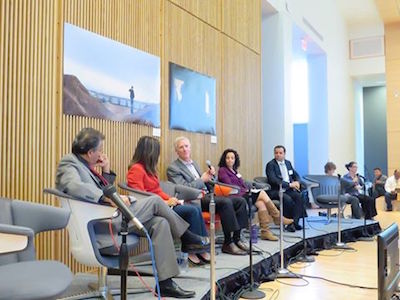 National Security for Israel in an Unstable Middle East: Prospects for a Two-State Reality Link

Gilead Sher heads the Center for Applied Negotiations (CAN) and is a senior research fellow at the Institute for National Security Studies (INSS) at Tel Aviv University. He was the Head of Bureau and Policy Coordinator of Israel’s former Prime Minister and Minister of Defense Ehud Barak. He served as Chief and co-Chief negotiator in 1999-2001 at the Camp David summit and the Taba talks, as well as in extensive rounds of covert negotiations. He served under Prime Minister Yitzhak Rabin as delegate to the 1994-1995 Interim Agreement negotiations with the Palestinians. Sher holds the rank of colonel (reserve), and he is a former brigade commander and deputy division commander in the Armored Corps of the IDF, as well as a military judge. Sher gave an overview of the many attempts to reconcile differences between Israel and Palestine and to finally forge a two-state solution to an intractable conflict. 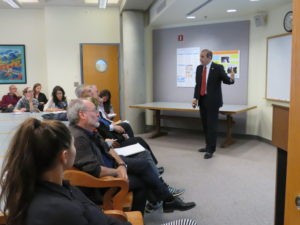 An expert in international law and the law of the sea, Kontorovich discussed the legal roots of the border disputes in Israel/Palestine, from the time of the break up of the Ottoman Empire; to the creation of the British mandate of Trans-Jordan; through the formation of Israel and various wars, truces, and peace treaties; to the present day disputes about settlers in the Occupied Palestinian Territories. 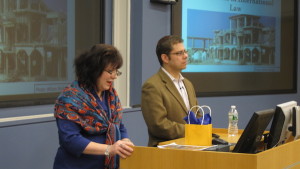 A Middle East security practitioner and academic, Inbar’s area of specialization is Middle Eastern strategic issues with a special interest in the politics and strategy of Israeli national security. He has written more than 80 articles and edited 12 books and authored five, most recently Israel’s National Security: Issues and Challenges Since the Yom Kippur War (2008). 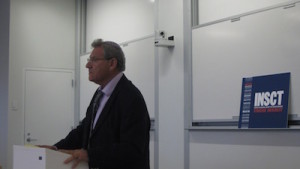 JJ Merriam joined the faculty of the Stockton Center for International Law as Associate Director for Land Warfare and Associate Professor in June 2014 after graduating from the Naval War College with highest distinction (first in class). Before coming to the War College, Major Merriam served in a variety of international and operational law positions including as a Special Forces Group Judge Advocate and a Brigade Combat Team Judge Advocate. He discussed the complexities of the laws of war with students in Professor Bill Banks’ and Professor Sean O’Keefe’s “Central Challenges in National Security Law and Policy” class. 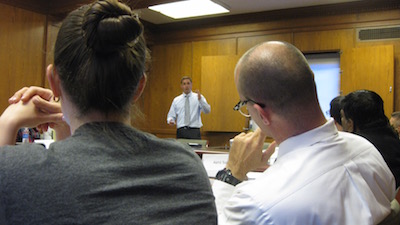 Pulitzer Prize-winning author Bruce Hoffman spoke at the SU College of Law on March 18, 2015 on the subject of his latest book, Anonymous Soldiers: The Struggle for Israel, 1917-1947. Among the lessons Hoffman gleaned from his extensive research into national archives in the US and Great Britain was the extent to which the assassination of Lord Moyne—British Minister of State in the Middle East and heir to the Guinness brewing empire—in Cairo in 1944 put the wind out of the sails of plan to partition Mandatory Palestine that then-British Prime Minister Winston Churchill strongly supported.

Hoffman contends that Zionist acts such as this assassination—carried out by the Stern Gang, or Lehi—have been viewed by subsequent militant groups around the world as examples of how terrorist tactics can be used to sway the foreign policies of dominant nations and of how these tactics can be seen a necessary part of creating a nation. 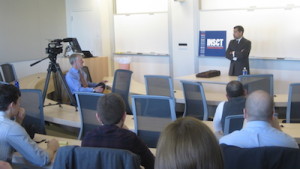 Laurie Blank—Clinical Professor of Law at Emory University, an expert on humanitarian law and human rights, and co-author of International Law and Armed Conflict: Fundamental Principles and Contemporary Challenges in the Law of War (Aspen, 2013)—discussed how the recent Israel-Hamas/Gaza conflict illustrates several challenges for the application and evolution of the Laws of War. 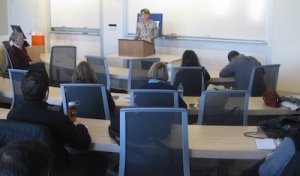 Lou Kriesberg made two related presentations deriving from his new book—Realizing Peace: A Constructive Conflict Approach (Oxford UP)—to be released in February 2015. The first session provided an introduction to the ever-developing fields of peace studies, conflict resolution, Alternative Dispute Resolution (ADR), and the constructive conflict approach. The second session engaged participants in applying the ideas of the constructive conflict approach to various stages of the many interconnected conflicts in the Middle East. 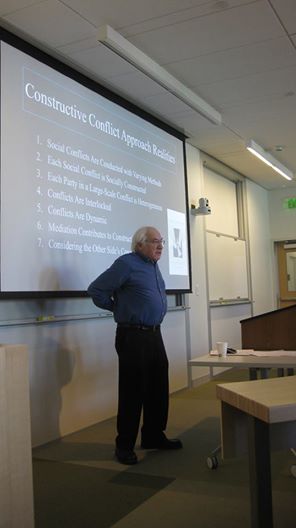 Constitutionalism & the Foundations of the Security State Link

Scholars generally argue that the culture of American constitutionalism provides a constraint on aggressive national security policies.  Through a close examination of the mass politics of constitutional veneration during and after World War I, Rana highlights instead how discourses of security and constitutional commitment historically emerged in tandem and have had the primary effect of reinforcing rather than checking one another. This effect raises real questions about the political function of constitutionalism in American life and the extent to which civil libertarians should expect constitutional discourses to inhibit security excesses. 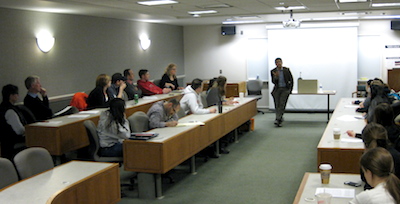 Your Fatwa Does Not Apply Here Link

The author of Your Fatwa Does Not Apply Here, Karima Bennoune writes about Mahfoud Bennoune, her father, who was an outspoken professor at the University of Algiers. He faced death threats during the 1990s but continued speaking out against fundamentalism and terrorism. Karima set out to meet people who are today doing what her father did, to try to garner for them greater international support than Algerian democrats received during the 1990s. 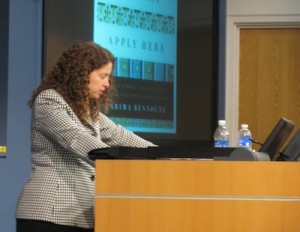 Tamara Cofman Wittes is a Senior Fellow and the Director of the Saban Center for Middle East Policy at Brookings. Wittes served as US Deputy Assistant Secretary of State for Near Eastern affairs from November of 2009 to January 2012, coordinating UDS policy on democracy and human rights in the Middle East for the State Department. Wittes also oversaw the Middle East Partnership Initiative and served as US Deputy Special Coordinator for Middle East transitions. She was central to organizing the US government’s response to the Arab awakening. 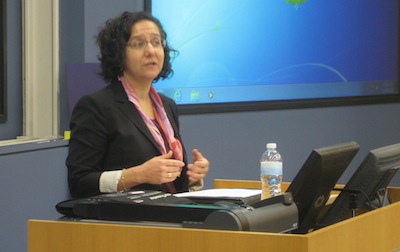 The Israeli-Palestinian Conflict: A Case Study in Historical Contingency Link

“To truly understand the Israeli-Palestinian conflict, it’s necessary to “get beyond the headlines” and political rhetoric. Ori Swed examined the conflict’s “war of narratives” in its social and historical context and gain new insight into a seemingly intractable struggle.” 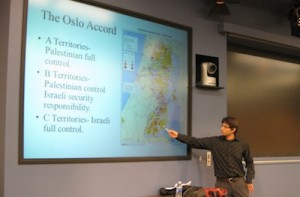 Isaac Kfir teaches International Human Rights Law, Post-Conflict Reconstruction and the Rule of Law, and International Security. He is a Research Associate at SPL and is a Senior Researcher at the International Institute for Counter-Terrorism (ICT), Herzliya, Israel. Isaac was the 2009-2011 Schusterman Visiting Scholar at Syracuse University.

CDR Dan O’Shea is a qualified Navy SEAL officer and commander in the US Naval Reserves assigned to the US Special Operations Command Naval Reserve Detachment. In July 2004, he established and served as coordinator of the Hostage Working Group at the US Embassy in Baghdad, Iraq, planning and coordinating response to every major international kidnapping case. In 2007 he received a Meritorious Citation from the Navy League of the United States, the organization’s highest award. Currently, O’Shea is an adjunct lecturer at Joint Special Operations University and a fellow at the Center for Advanced Defense Studies in Washington, DC.

Richemond-Barak holds a Maitrise from Université Panthéon-Assas (Paris II); a Diploma in Legal Studies from Oxford University (Hertford College); an LL.M. from Yale Law School; and a Ph.D. from Tel Aviv University. She was awarded the Fulbright Scholarship, and was a recipient of the European Commission Scholarship, the Hertford College Prize, and the Oxford Prize for Distinction. Prior to joining the IDC, Dr. Richemond-Barak served as a clerk at the International Court of Justice, and worked as an attorney in the New York office of Cleary Gottlieb.

Policing in a Divided Society: The Case of Israel Link

Gopher has been working since 1998 to promote Arab-Jewish relations in Israel, focusing on the formation and implementation of public policy that promotes civic equality, inclusion and governmental accountability.

Evans has published books and articles on government and public policy in the Middle East. His is also co-editor of an anthology entitled Reform and Democracy in Local Government of Countries in Transformation (2007).

Nahshon Perez teaches at Boston University classes on the history of Zionism, the politics and society of the state of Israel, and the Zionist Ideology. Perez has two academic fields: contemporary Israel and political theory. Perez’s research on contemporary Israel includes articles dealing with topics such as preferential treatment in the Israeli society granted to veterans of national service and the Israeli Defense Force (published in Israel Affairs) and the debate surrounding the Law of Return (published in Modern Judaism). As a political theorist, Perez major research examines inter-generational claims for compensation for past wrongs. His book, Freedom from Past Injustices: A Critical Evaluation of Claims for Inter-Generational Reparations is forthcoming with Edinburgh University Press.

William Miles’ nine books include Zion in the Desert: American Jews in Israel’s Reform Kibbutzim, which was a 2007 National Jewish Book Award finalist. His articles on Israel and Judaica have appeared in such journals as Shofar, Midstream, Middle East Journal, Israel Affairs, Journal of Holocaust Education, and The Journal of Modern Jewish Studies. Recipient of five Fulbright research awards, William Miles is also past winner of the National Bible Contest for North America.

Evolution and Institutionalization of a Culture of Conflict Link

With Professor Daniel Bar-Tal, Branco Weiss Professor of Research in Child Development and Education at the School of Education, Tel Aviv University