In 2010, the Maxwell School of Citizenship and Public Affairs received an endowment gift to fund faculty and graduate student research relating to issues of national security. Link

Scholarship on international currencies has traditionally emphasized how an issuing state’s foreign policy can enhance the attractiveness of its currency for cross-border use. Yet, foreign policy actions need not only boost a currency’s international appeal—they may also undermine it.

This study introduces a general theory of how US foreign policy can influence governments’ policy orientations toward the dollar in positive or negative ways. Policies like financial sanctions generate ‘political risk’ that weaken the dollar’s attractiveness for international use. The study tests the claim that the United States’ use of financial sanctions incentivizes targeted governments to implement de-dollarization policies … MORE

Recently, public debates have questioned whether or not the American government responds differently to terrorism by white, right-wing, Americans. This article examines a historical period in which similar dynamics were on display in state responses to the Reconstruction-era Ku Klux Klan (KKK), Irish-American Fenians, and anarchists from 1860 to 1920 … MORE

The Institute for National Security and Counterterrorism gratefully acknowledges the support that also was given this year to the following scholars: 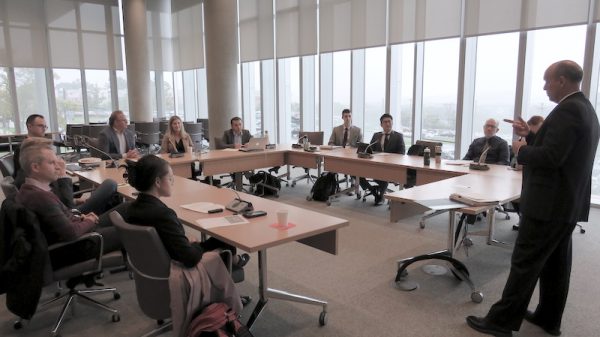 Why do some nuclear states develop large arsenals with diversified delivery platforms, while others maintain limited numbers and types of nuclear systems? Although the operational dimensions of nuclear arsenals shape the strategic behavior and interactions of nuclear states, scholars have largely overlooked these outcomes in favor of explaining the causes of nuclear proliferation. Nuclear statehood is not simply a binary category, however, and researchers are yet to explain puzzling patterns in the nuclear force structure of states after they acquire nuclear weapons.

Arceneaux addresses this shortcoming in the literature on nuclear proliferation by providing a theory of nuclear platform diversification. He argues that, in states with unstable civil-military relations, political elites pursue a substitution strategy that increases the state’s reliance on nuclear forces at the expense of conventional military capabilities.

The Adoption of Nuclear Arsenal Innovations

This project contributes to the growing literature on the post-proliferation behavior of regional nuclear powers by demonstrating the opportunities and constraints facing contemporary proliferators. The project also advances the debate on the determinants of nuclear force posture by emphasizing the acquisition of qualitatively different innovations, rather than highly aggregated indicators of nuclear platform diversification.

Although the 2015 surge in Mediterranean arrivals to Europe seemed to trigger new interest in refugee movements, the field of refugee studies is in fact more than 50 years old. Still, notwithstanding the dramatic increase in academic work on refugees over the past few decades and despite its obvious potential value, there remains no comprehensive listing of refugee crises.

This paper conceptualizes and measures refugee crises worldwide during 1951-2015. It introduces an original dataset that fills a gap in the data available to scholars of international relations and refugee studies. This dataset will enable scholars to add multiple insights to the literature on the politics of migration and asylum. It promises to advance our understanding of important policy-relevant questions related to the causes and consequences of refugee crises.

When Can a Nuclear Security Guarantee Prevent Allied Proliferation? Link

The Rhetoric of White Supremacist Terror: Assessing the Attribution of Threat Link

In the post-9/11 world, fears of terrorism have led to growing anti-immigration sentiments among the public and calls for stricter national security measures. While recent studies have successfully discredited the general theory that immigration increases the risk of terrorist infiltration (Bove & Bohmelt, 2016), authors have largely ignored the terrorists next door.

Domestic terrorism remains widely understudied (Simi, 2010); however, the threat is just as potent and pervasive as the danger posed by international actors. In recent decades, the greatest threat of domestic terrorism in the United States has come from right-wing extremists like White Supremacist groups (Piazza, 2015).

Despite this, White Supremacist terrorism has been largely overlooked by scholars and has generally been characterized as an infrequent phenomenon. This paper seeks to avoid these pitfalls by exploring how these terror groups portray different populations as threats to white supremacy.

UN Mediation and the Women, Peace, and Security Agenda: Moving from Rhetoric to Reality Link

Women are present on the frontlines of conflict as combatants, peacebuilders, victims, and more. Yet, when it comes to negotiating the peace they are conspicuously absent, meaning their needs often go ignored.

Why would politicians recruit soldiers for military coups d’état? The civil–military relations literature assumes politicians aspire to supremacy over the military; enabling praetorianism would risk their future rule. While civil–military relations widely recognizes the empirical fact of civilian participation in military takeovers, no study specifies or theorizes the topic.

This essay examines the conditions in which politicians recruit soldiers to seize power by investigating the understudied processes of military takeovers. Using British Foreign Office documents, Arabic language memoirs, and Polity data, I find that civilian statesmen in Iraq (1936) and Syria (1951) could not tolerate their civilian rivals’ incumbency but were unable to challenge them peacefully, so they recruited like-minded officers for coups. This suggests that while politicians do not necessarily want the army in the chambers, they sometimes favor praetorianism to the continued rule of their civilian opponents. 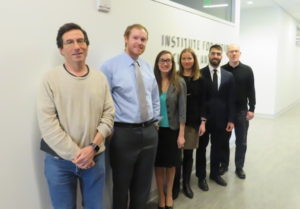 “Countering Violent Extremism: An Introduction to the Challenges, Opportunities, and Future of Counterterrorism.” Link

On March 29, 2017, as part of the Andrew Berlin Family National Security Fund, SU Law Professor Cora True-Frost lectured on “Countering Violent Extremism: An Introduction to the Challenges, Opportunities, and Future of Counterterrorism.” True-Frost discussed the pros and cons of FBI, DHS, and other domestic CVE and “resiliency” initiatives—especially those that engage civic institutions such as schools and non-profit refugee groups—and how these efforts fit with international programs, such as UNSC Res. 2178. 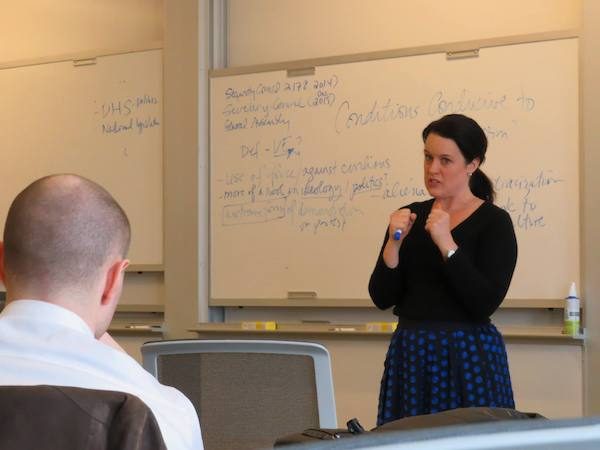 American Exceptionalism & the Construction of the War on Terror: An Analysis of Counterterrorism Policies Under Clinton, Bush, & Obama Link

This paper seeks to explain both the origins and the continuity of dominant counterterrorism (CT) policies that emerged under the George W. Bush Administration in response to the Sept. 11, 2001, terrorist attacks (9/11). The paper, firstly, examines the notion of American Exceptionalism as a defining political myth that affects foreign policy. Next, the post-Cold War security environment under President William J. Clinton is examined as a foundation and precursor to the Bush Administration policies. The paper then details the Bush Administration’s response both in policy and rhetoric to 9/11, a moment in which actors were less constrained due to the rising crisis.

After looking at the Bush Administration, the paper analyzes the endurance of certain CT policies under President Barack Obama and his administration. Next, the paper turns to the notion of American Exceptionalism to explain both the emergence and the endurance of the CT policies. The paper then turns to the next administration—that of Donald J. Trump—assessing the security environment and offering several recommendations. Finally, a brief conclusion is offered.

Funding allowed for archival research at the US Library of Congress. Link

The Origins of American Counterterrorism Link 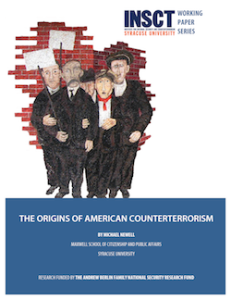 While much attention has been paid to the American state’s reaction to the Sept. 11, 2001, attacks, the origins of institutions and ideas deployed in the War on Terror in historical conceptions of terrorism and political violence have been overlooked.

I analyze these historical origins through the American state’s response to Ku Klux Klan (KKK), Irish-American Fenian, and anarchist political violence from the end of the Civil War in 1865 until the 1920 bombing of Wall Street, the last alleged significant act of anarchist violence. I argue that this history is demonstrative of a process of threat construction and changes in institutions, laws and policies.

These changes came about through a mixture of complex social and political factors, but the perception of threat significantly influenced their content and the populations they were directed against. This was particularly the case in the state’s response to European anarchists, where the response could be described as against an ‘inflated’ perception of threat, while the response to the KKK and Irish-American Fenians was more constrained.

Funding allowed for archival research in Washington, DC, specifically at the US National Archives, the New York Public Library, and the American Catholic History Research Center, in order to read correspondence about American responses to anarchism and domestic terrorism by the departments of Justice and State, the White House, and Congress. Link

Consent & Conquest: How the Western Way of Warfare Spread to the Indo-Pacific Link

My dissertation examines the spread of Western war fighting systems to the Indo-Pacific. Despite the growing interest among scholars and policymakers in Asian security affairs, few studies account for the variation in how different states effectively adopt and emulate Western military systems—and whether that variation affects their combat effectiveness.

The project argues that the different types of transmission pathways through which military systems travel from one state to another—whether it is coercive, cooperative, or commercial—plays a critical role in shaping the process of organizational emulation.

Funding enabled the purchase of research materials, including statistical software (Stata), and archival research at MIT’s Center for International Studies and Harvard University’s Yenching Library (Boston, MA) and the US Library of Congress and National Defense University (Washington, DC). Link

The Historical Origins of Terror, Threat, & the Constitution of Security Practices Link

Where do contemporary responses to terrorism come from? Mike Newell explores the history and relationship between the political meaning of “terrorism” and the choice of particular counterterrorism responses. He intends to use his analysis as a lens through which to view modern counterterrorism practices and to argue that the global “post-9/11” world is not necessarily distinct from any other historical periods.

SoTechEM examines the use of social media by emergency management and response organizations; collects and analyze data on their uses in order to identify best practices; and offers training to EM organizations on lessons learned.

Arceneaux’s research fills a gap in political science nuclear studies scholarship, which often examines how and why states pursue and achieve nuclear weapons but not how they behave once they acquire them. Specifically, Arceneaux is interested in how new nuclear states posture in an effort to achieve deterrence, coercion, or other perceived nuclear benefits. 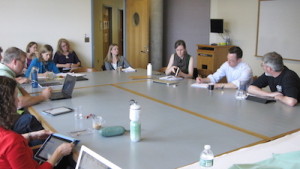 Forty million people have fled their homes during contemporary wars. Yet in spite of its scale, displacement is poorly understood. Abbey Steele’s research argues that displacement depends on the form of violence, not the level, and shows how armed groups employ different forms depending on their goals and constraints.

Funding facilitated travel to Colombia to collect qualitative data to test the hypothesis, including interviews with key informants in order to gather more details related to armed groups’ strategies of displacing civilians. Link